Religion, Race, and Labor: The Making of “Productive Citizenship”

Chapter 1 traces the actions of prison and parole administrators during WWII, who declared that “no more important element enters into the proper rehabilitation of the individual than does religion.” I argue that war transformed America’s prison systems by creating demand for prisoners’ labor and blood, thereby spurring administrators to expand religious programs under the aegis of “rehabilitation” in an effort to release prisoners into the military or war industries.

Chapter 2 shifts to the perspective of prisoners and their families, closely analyzing letters they wrote to authorities asking for relief. In correspondence with the state, prisoners and their families often articulated their ideas of a “productive citizen,” the meanings of which not only changed over time, but differed dramatically depending on race and gender. Through these letters, then, I tell a microhistory of religious and racial citizenship as it was articulated in the U.S. prison system from 1940 to 1980. While white prisoners in the immediate postwar era wrote about continuing school, joining the military, or working in a factory, black prisoners typically wrote about working in agriculture or the service sector. Mirroring administrators’ concerns, religious language was prevalent in these letters in the 1940s and ’50s but faded in the late 1960s when prisoners began to nearly universally emphasize that their release from prison would help their families to get off of welfare.

Section 1 intervenes in literature about incarceration by empirically linking the experiences and circumstances of imprisonment to conceptions of citizenship, which were shaped by religious values and varied according to race, class, and gender. Though citizenship has been a foundational theoretical concept in scholarship about punishment and imprisonment since Durkheim (1895) wrote about punishment’s productive social function (Bright 1994; Garland 2001; Rhodes 2004; Davis 2005), little research has empirically examined how imprisonment has changed in accordance with broader social trends. By exploring how the rationales, structures, and experiences of incarceration changed in the between Jim Crown and 1980, this section describes how the experiences and administrative structures of imprisonment were closely tied to broader political ideologies and to religious institutions. 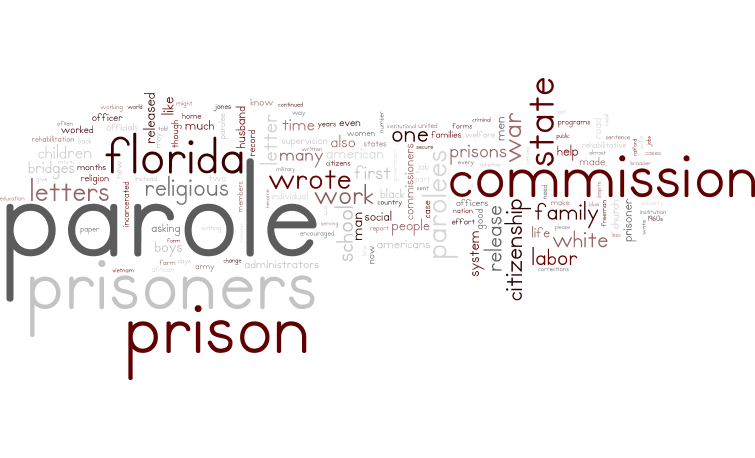